Notice: MediaWiki has been updated. Report any rough edges to marcan@marcan.st

Difference between revisions of "User:Angelo"

From OpenKinect
Jump to: navigation, search 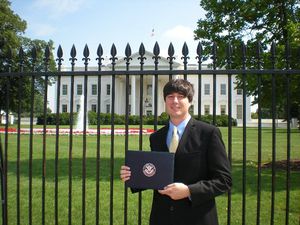 Angelo Castigliola is a security technologist and author. For over a decade he has consulted with various businesses, colleges, and industry leaders such as Microsoft to close security vulnerabilities discovered in IT infrastructure.

As a security researcher, Angelo has contributed to open source GNU general public license projects such as iWar, a security audit utility for computer systems accessed through telephony protocols, featured in “Hacking Exposed Linux, 3rd Edition.” Angelo was also selected as a winner of the U.S. Department of Homeland Security National Cybersecurity Challenge.